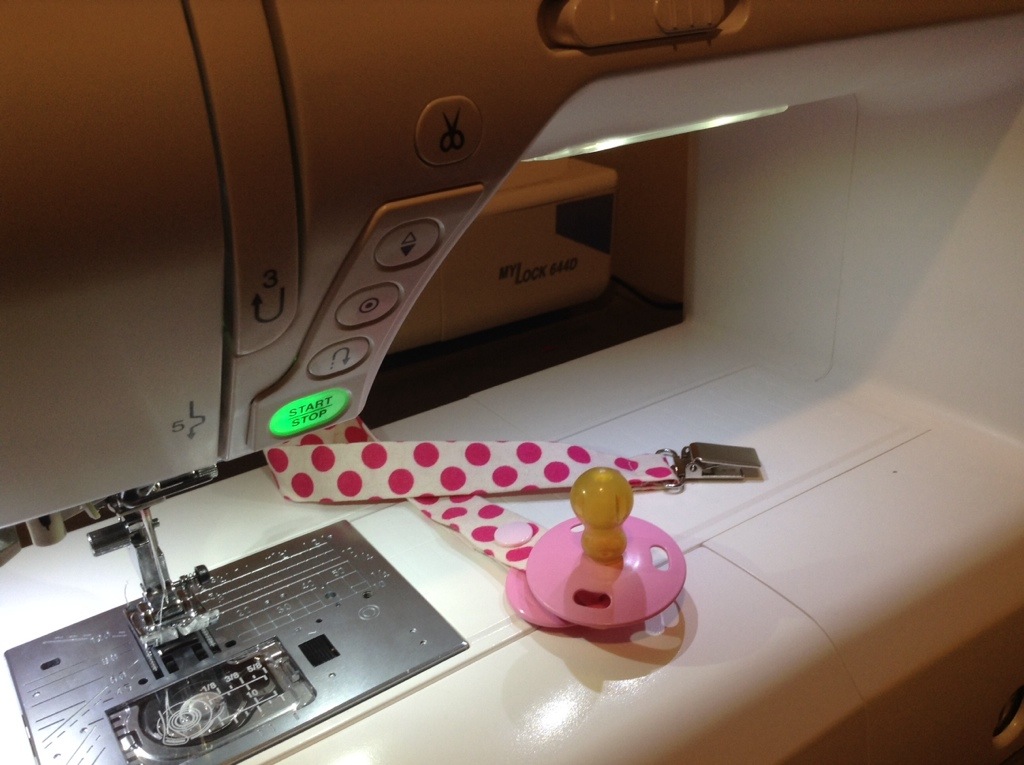 Preparing myself for opinions about parenthood as I write this… Here goes!

My daughter is 4 months old and when she is really upset or I am settling her to sleep, nothing will calm her like a dummy. She instantly relaxes once she starts sucking on something and to ensure that I can get more than arms length away from her throughout the day to do such things as shower and use the bathroom, I substituted my finger for a dummy pretty early on.

When she doesn’t want it, however, she really doesn’t want it. The other night I awoke at 2am to the sound of it thumping on the floor as she threw it out of the cot.

I quickly built up a stash of dummies so that as one fell on the floor, I could quickly have another at hand. I found a little clip at the local supermarket that had a ribbon and some Velcro for holding the dummy and this has become my lifesaver and prevented our entire disposable income being spent on dummies but the clip is pretty ugly…

At the baby expo on the weekend I saw one stall selling dummy clips that used suspender clips and I thought “I could make that”. So off to Spotlight I went this morning and I discovered that they sold suspender clips! I started another project which meant that I had some scrap fabric and my husband has been working on a little project of his own which meant that he purchased a serious quantity of plastic press studs from eBay.

This is the result! 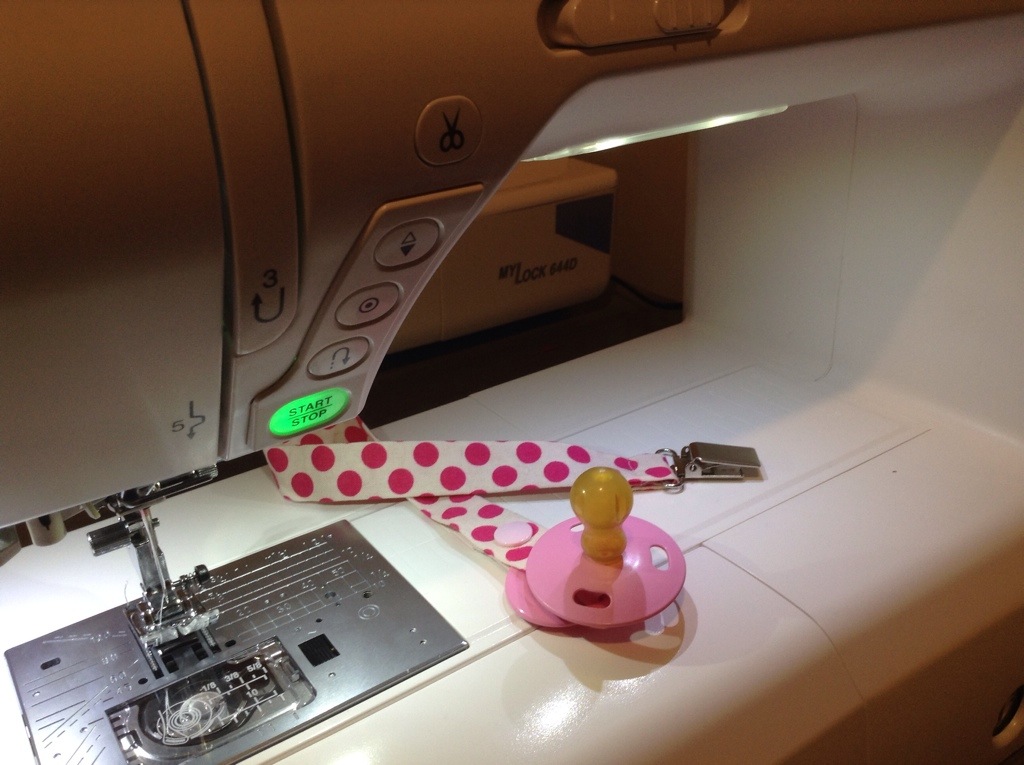 I think I will make a few in different colour schemes so that they can match baby girl’s outfits each day. 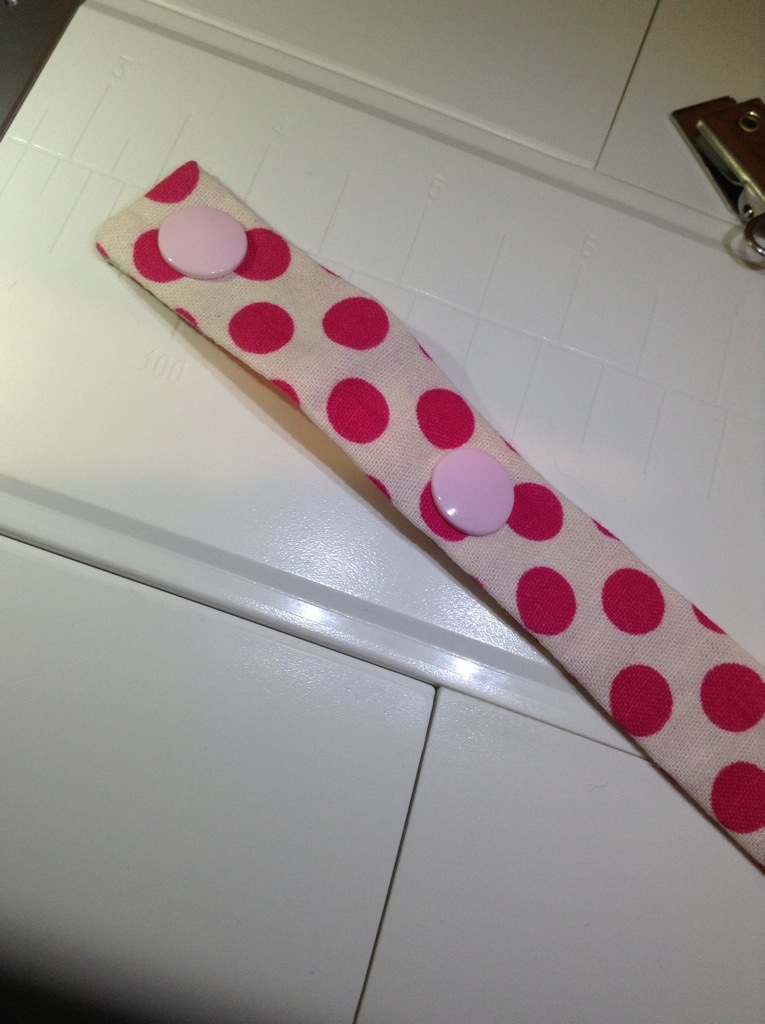 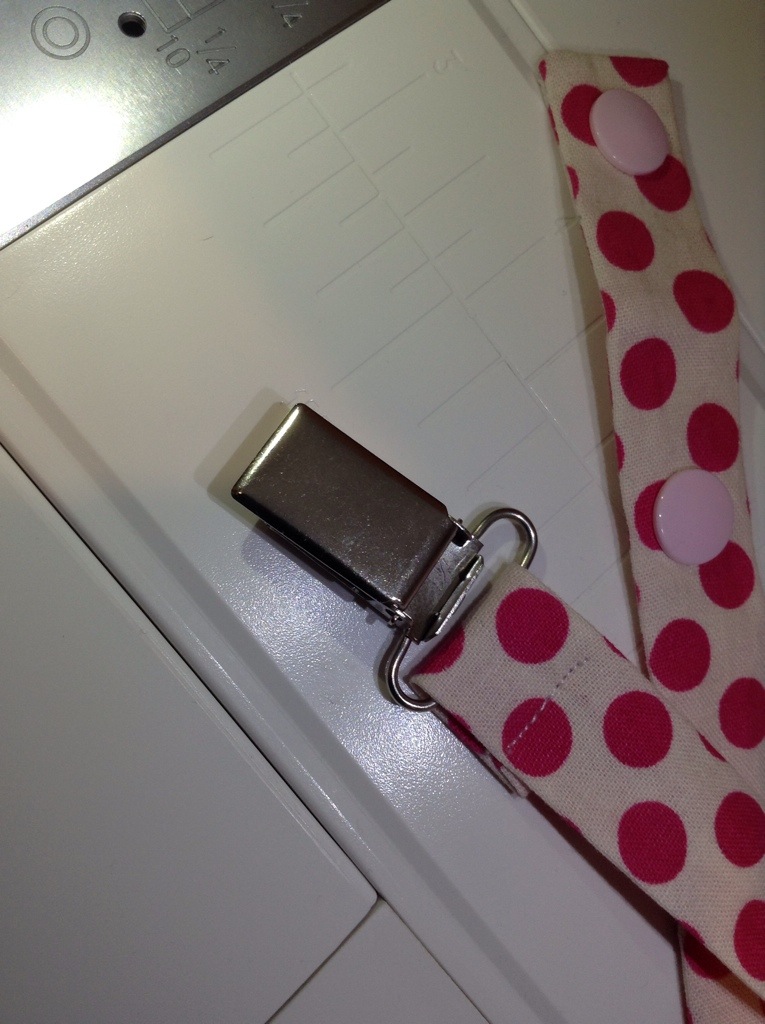